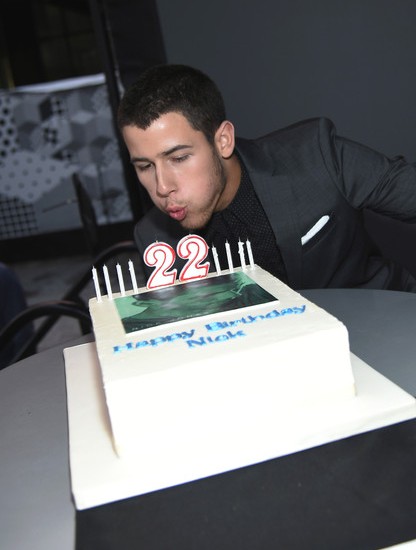 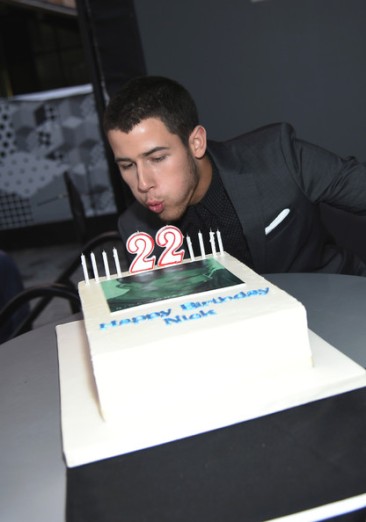 When Scott Interrante decided to take his life off the Brooklyn bridge, he really had no choice. The zombie apocalypse—for lack of a better descriptor—had descended on lower Manhattan.  Actually, he was one of the zombies, but he was lucky enough to be one of the many to choose suicide over cannibalism. He didn’t blame the others, though. After what they had all been subjected to, it was hard to rationalize any other outcome.

See, it all started the night before. Scrolling through his Twitter feed, Scott saw John Taylor talking about an event for the following night. John Taylor is a musician best known, at least to Scott, for being the guitar player for the Jonas Brothers live band. The event he was referring to was not unrelated. Nick Jonas, who is embarking on a brother-less solo career, was debuting the music video for his new single “Jealous” and invited fans to South Street Seaport to watch the video. Now, Scott was not a dumb man. He knew that it was silly to travel all the way downtown to watch a 3 minute music video, but Tuesday is his night off, so he figured, ‘Why not?‘

Around 3:40, Scott headed out. He got on the downtown 6 train at 116th Street, transferred to an express at 86th and got off at Fulton Street around 4:15. Along the way, he listened to Marc Maron interview Dax Shepard. Had he known this would be his final night on Earth, he would have chosen something less grating. But he took his time walking over to the seaport, wearing his faded “Jonas Brothers Rock!” T-shirt.

This was not an official piece of merchandise, as Scott had never seen the Jonas Brothers live. He only got into them in 2010 when they were on hiatus. When they came back together in 2012, he overslept on the sale date and missed out. When they came through to Jones Beach in the summer of 2013, he was away in Vermont. He finally got tickets for their fall tour that year, but they broke up for good just days before the shows started. The t-shirt, clearly fan made with cheap screen printed hot pink letters, was a Christmas gift from his mother from a few years back. He normally wore it to the gym (well, the rare occasions he went to the gym), but felt it was appropriate for this occasion.

When he got to the seaport, a projection screen was set up, maybe 15 feet tall. There was a crowd of about 30 people there, and Scott decided to walk around a bit before joining them. Scott wasn’t there to make friends, he was there to see a gosh damn Nick Jonas music video.

When he did join the crowd, a little before 5:00, he was still listening to Marc Maron interrupt Dax Shepard. He noticed people noticing his shirt, of course, but he played it cool. Scott was a pretty cool dude.

At 5:15, the PA speakers began playing “Chains,” the first solo song that Jonas released earlier this summer, and it was too loud to ignore. Headphones out, Jonas fans in. After “Chains” came a short preview of the video everyone was waiting for. After that, they played the audio of “Jealous.” Then they played a terrible remix of “Chains.” Then they repeated this.

It should be broken down more explicitly for you to understand: “Chains” is 3:36, “Jealous” is 3:34, the Mike Hawkins remix of “Chains” is 4:01. Together with the 10 second clips of the music video and some pauses in between, that’s a less-than 12 minute loop. It continued until 6:45.

To be clear, the premiere of the video was supposed to be at 6:00. Nick was supposed to come out (it was even his 22nd birthday), the crowd would watch the video together, and everyone would have a good time. But even by 5:45 Scott and the crowd around him had grown tired of the bombardment of these three tracks. He talked to no one, and no one talked to him, but everyone was in agreement: this sort of sucked.

6:00 rolled around and the loop didn’t stop. Well, that’s okay, they all thought. A few minutes late was to be expected, right? Members of the production crew would walk around, whispering to each other. Each time something like this happened, the crowd felt it was getting closer. A man with a walkie-talkie waved his hand at someone in the distance, gesturing the person to come towards him. Surely this was it. But it wasn’t. It was already 6:30, but no Nick Jonas. No music video. Every time a song would start, there would be jeers, boos, cries of pain. The crowd was losing it. Scott was too.

Sweat began pouring down Scott’s neck. He looked around and saw distressed looks from others. Earlier they had excitedly been taking selfies, now they were hyperventilating. One girl was crying blood. The crowd started to chant, but incoherently. Were these even words coming out of their mouths? Their desire had taken hold and begun to eat their souls from the inside. They came as Nick Jonas fans, but now they were barely human.

At 6:45, Nick Jonas finally arrived. He was introduced by MTV’s Sway, because apparently Sway is still a thing. It was all too little too late. The two men were talking about the “Jealous” music video, but the crowd was already gone. The Hispanic couple right in front of Scott was the first to go. The girl screamed something that could be interpreted as “WHY, NICK JONAS, WHY?!” as she reached into her boyfriend’s throat, pulled out his esophagus and shoved it into her mouth. Everyone around them didn’t think it was weird. In fact, they all seemed to think it was a great idea. Fans began to mutilate each other and themselves. They rushed the stage and beheaded Sway, his blood spurting onto Nick Jonas’s nice suit and tie combo. Fires were started. Looting began. The smell of death filled the air. Pedestrians and passersby didn’t stand a chance. Children were mauled, dogs filleted. They spared Nick Jonas, though. The delay was likely not his fault, and even if it were, they still loved him.

Check out the music video here:

Scott Interrante is alive and well, and so is most of New York.