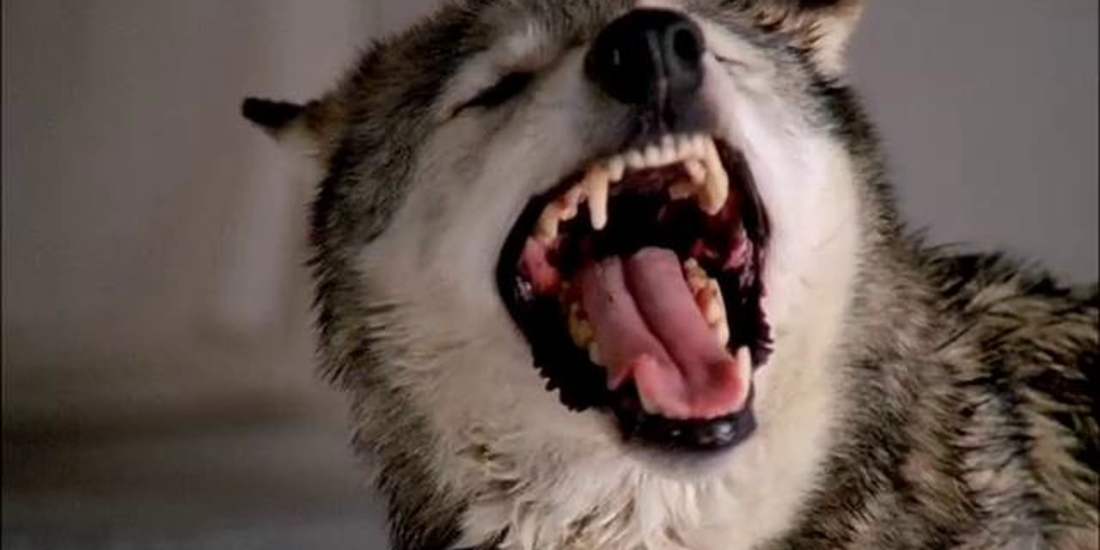 Last year, The Taste Basket editors Dan Poorman and Kevin Redding compiled a list of their favorite songs to listen to during the Halloween season. This year, they’re back with a new batch of 12 spooky tracks (and two very Honorable Mentions) for your October listening pleasure. So turn out the lights and cozy up to the jukebox, kiddies! It’s time for another killer set. *Be sure to check out and follow the playlist on Spotify when you’re done reading!*

We’ll start here, because what’s a better Halloween overture than this stormy 1969 seance? The Prince of Darkness himself, of course, presides over the mic with unmatched doom metal authority—but it’s Tony Iommi’s guitar, wailing ominously into the night, that really sells the classic track for me. There’s something charming, too, about the utter drama of Black Sabbath here. This self-titled song comes from their self-titled album. So, yeah, this Halloween, if your friends ask what you’re listening to, you can actually say, “‘Black Sabbath’ by Black Sabbath, from Black Sabbath.” [Dan Poorman]

Scariest Lyrical Moment: “Satan sitting there, he’s smiling / Watches those flames get higher and higher / Oh, no, no, please God help me!” (Pro tip: Don’t listen to this alone at 3 a.m. in the dark of your bedroom).

I’ll be honest, I wasn’t aware of this unsettling song until I started following the production of Kevin Smith’s demented walrus movie of the same name. Smith apparently listened to this song on repeat while writing the screenplay. The eerie, bat-shit insane final product that is Tusk is proof that the Mac had a lasting effect on the no-rules filmmaker. Heavy tribal drums steer the ship here, leading us into a manic, horn-heavy chorus that’s more fitting for a horrifying sacrifice than a birthday party. “Tusk” is an awesome addition to any playlist this season—one that will surely unleash the beast (i.e. the walrus) inside you. [Kevin Redding]

This track got an Honorable Mention on our playlist last season, but it’s too good to just keep it that way. So here it is, in its rightful place: “Sittin’ in [the] bathtub, waitin’ for the wolfman to come.” Yeah, you heard me right, that’s actually a lyric. Of course, singer-songwriter Nick Cave is no stranger to terror. His incomparable “Red Right Hand” topped last year’s list, and plus—c’mon—the man once recorded a whole album of deranged murder ballads. On “Heathen Child,” Cave and the members of his zany side project, Grinderman, stay scary in imagery while still assaulting listeners with incessantly fun, theatrical fuzz guitars. This kind of sensory overload, I think, is what Halloween is all about. [Dan Poorman]

I’d always assumed that New Line Cinema commissioned the Fresh Prince and DJ Jazzy Jeff to write a happenin’ hit for the Nightmare on Elm Street soundtrack, but I found in my research that the hip-hop duo actually didn’t have permission to record this ditty, which samples Charles Bernstein’s iconic score. They may not have successfully sold the song to the popular horror franchise like they’d hoped to do, but the legal problems that the DJ and Will Smith faced in the wake of “A Nightmare on My Street” actually make it even more badass and endearing. It’s also a genuinely great companion to the Elm Street movies, with references to Tina [Gray], and some scary, warbled sound-bites of Freddy himself threatening to steal the Fresh Prince’s soul. [Kevin Redding]

Scariest Lyrical Moment: “He grabbed me by my neck and said, ‘Here’s what we’ll do / We gotta lotta work here, me and you / The souls of your friend you and I will claim / You’ve got the body and I’ve got the brain!'” (Gotta love Fred Krueger).

Listen, I’m sick and tired of all the bumper stickers too, but there’s no denying that Dave Matthews is a talented songwriter. What’s better is that he may also be a goblin. At least that’s what he sounds like on this track, which gets bonus points for its on-the-nose title. Now, it’s not radio-friendly, because Matthews more than once roars the “F” bomb—but the story behind this peculiar song is fittingly dark. Apparently it’s about an unsatisfied ex to whom Matthews proposed marriage, with no success, three times. I don’t necessarily know if that unfortunate situation merits soul-stealing, and I don’t think anyone knows what Halloween has to do with it all, but whatever—the song is stupid scary. [Dan Poorman]

There’s really nothing here that points specifically to Halloween itself, but The Smashing Pumpkins’ sound has always put me in the spirit, and this song is no exception. It makes me think of the beauty and magic of Halloween night: The entire community has banded together, from the hordes of neighborhood kids trick-or-treating, to those festive adults who’ve put aside the stresses of everyday life to get lost in the joyous tradition of this holiday—all under a big bright moon and maybe some orange lights. Just thinking about it gets me verklempt. Hand me a ghost tissue, would you? [Kevin Redding]

Here’s an adorable little number about a lonely ghost who, after much deliberation, has politely decided to hang up his sheet. It’s a story I’m not surprised to find in a song from Mother Mother, the Canadian pop-rock outfit whose brilliantly weird, exceedingly catchy discography I unearthed last year when Nickel Creek covered the absolutely bonkers “Hayloft.” I wouldn’t call this one scary in the slightest, but it makes extensive use of the words “Halloween” and “tricks” and “treats,” which is an obvious spirit booster. You’ll find yourself singing along in no time. [Dan Poorman]

Scariest Lyrical Moment: “And this is why I have decided / To leave your house and home unhaunted / You don’t need poltergeists for sidekicks” (Less scary, more endearing, but I’d take a poltergeist for a sidekick anyday).

Where to even begin? It’s kind of impossible to fully explain this one. Crispin Glover is, famously, one weird dude—and this is a song from the Creepy Thin Man’s 1989 album, The Big Problem ≠ The Solution. The Solution = Let It Be, about his complicated friendship with a clown. It’s bizarre, hilarious and a little sad. If you have coulrophobia, beware. [Kevin Redding]

Scariest Lyrical Moment: “I was walking on the ground / I didn’t make a sound, / Then I turned around, And I saw a clown. / Had a frown. / Stood on a mound. / Started barking like a hound” (Two of my least favorite things: When a clown is lurking behind me, and when it’s barking).

You won’t find a track on this playlist that’s more visceral and terrifying than this. If you’re not familiar with the now defunct psychedelic prog rock collective known as The Mars Volta, maybe you’ll at least recall their second single, “Televators,” which caught some air time on MTV in 2004. “Televators,” while one of Volta visionaries Cedric Bixler-Zavala and Omar Rodriguez-Lopez’s tamer tunes, still gets me itchy with its gorgeously morbid imagery (Phrases like “three half-eaten corneas” and “stalk the ground” aren’t easy to shake). “Conjugal Burns,” however, off the fourth studio album The Bedlam in Goliath, is proof that the band really hit peak levels of spooky in 2008. I think you folks should experience the gory chaos organically. Listen if you dare! [Dan Poorman]

Here’s a harrowing tale of survival from Internet pop hero Rob Cantor. In this spoken word number, Cantor throws you into a difficult scenario where Hollywood superstar Shia LaBeouf is hunting you down. Yes, you heard me: Stanley Yelnats himself enjoys killing for sport, and his weapon of choice is a knife, but the nightmare doesn’t end there. LaBeouf is also an “actual cannibal” who traps his victims in bear traps and then eats their bodies. Guys, you should avoid the star of Even Stevens at all costs this Halloween, but if worse comes to worst, you can always decapitate him with an axe (In fact, if you’ve got to do it, JUST…DO IT!) [Kevin Redding]

Scariest Lyrical Moment: “Wait! He isn’t dead! Shia Surprise! / There’s a gun to your head and death in his eyes” (Shia LaBeouf is relentless).

Fittingly, I discovered this 2015 track from Sweden’s favorite loud rock band just a few days before last week’s big blood moon eclipse. With growly Nick Cave-y vocals, and a mellow yet menacing backwoods sound you might find in a werewolf western (That’s got to be a subgenre, right?), “Blood Red Moon” is perfect to listen to while taking a nightly stroll through the woods. Or the desert. Wherever, really. [Kevin Redding]

Scariest Lyrical Moment: “Through the thick of the woods / and the shimmering glare / the moon up above lights up the air / What the blood red moon brings it should come as no surprise” (Guys, The Hives are totally witches).

In an obnoxious turn of events, we’re ending on another track inspired by A Nightmare on Elm Street. My excuse? We’ve got to keep honoring Wes Craven this Halloween season in the wake of his untimely death. Anyway, this one holds a special place in my heart because it’s one of my favorite songwriters of all time—Claudio Sanchez of Coheed & Cambria fame, here under the moniker The Prize Fighter Inferno—taking on the persona of Freddy Krueger if he were a sensitive teen balladeer. It sounds ridiculous, and it is ridiculous, but it works. Claudio proves he’s a true cinephile by referencing key scenes from Nightmare in the lyrics, and Teen Poet Freddy is a more than convincing heartthrob. He’s your boyfriend now, Nancy. (The above video is a live acoustic session; see the Spotify playlist for the much poppier studio version). [Dan Poorman]

Scariest Lyrical Moment: “Oh, through the floorboards / I was sneaking through your drywall / The dirty creep with the freaked out history / Oh, and when I get in dreams / Anything is possible” (On paper, this is terrifying, but when Claudio croons it, it’s downright beautiful).

“Darling, it is no joke. This is lyncanthropy.”

The goofy ska punks get synthy in this song about a man who can’t seem to escape the increasingly difficult universe of a thriller film. If anything, this is great background music for that Halloween party you’ve been thinking of throwing in your garage.